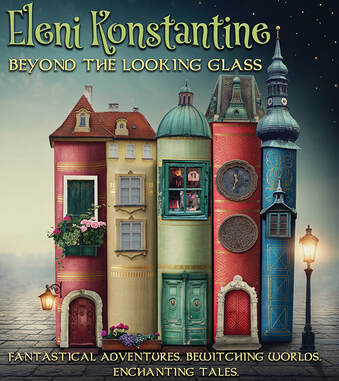 Sealed With A Kiss

Sandie pointed to the man at the bar. Lise looked over and her heart did a somersault. Black shirt, black jeans, black hair, a strong chiselled profile and a ripped body. All she could think was…Oh, my.

Her friend’s eyes hadn’t rested on Mr Black, but on the tall, blond, smiling bartender who motioned her over. No wonder Sandie had only wanted to come to this club.

“What should I do?” her friend whispered.

Lise wasn’t much use in the lurv department. Her last date was a complete disaster—not to mention her last boyfriend.

“Why don’t you get me a drink,” Lise suggested.

Sandie gave her a thankful smile, grabbed her bag and sauntered over to the bar.

Lise’s eyes shifted over to Mr Black. As he took a swig from his beer bottle, his eyes locked with hers for one electrifying second before he looked away.

If only she could be as bold as her friend.

The doof-doof of the music pounded in her ears. Lise twirled her fingers around her Gran’s garnet amulet, wishing she were at a café enjoying a latte. This was so not her scene.

Quick as a flash, a guy seated himself in Sandie’s vacated chair. His too tight t-shirt and slacks made him look like a body builder on steroids. “I thought she would never leave,” he smirked.

Lise gave him a small, tight smile. Life would be so much easier if she was a bitch with the backbone to shoo him away, but she had this thing about being nice and hated confrontation. Hence, staying with Jeff for too long.

This was another reason why she hated nightclubs—she had two left feet. “No thanks.”

A quick glance at the bar confirmed Sandie was in deep conversation with the bartender. Half her luck. Lise pulled at her hand, but he held tight. “I don’t dance,” she hissed. What would it take to get rid of this guy? Her nasty side wanted to knee his groin, but that would be taking it too far.  Maybe it was time to play the boyfriend card.

Davo raised an eyebrow. “Come on, just one. You know you want—”

“Is everything all right here?” a voice interrupted.

It reminded her of rich, dark chocolate, and it belonged to Mr Black.